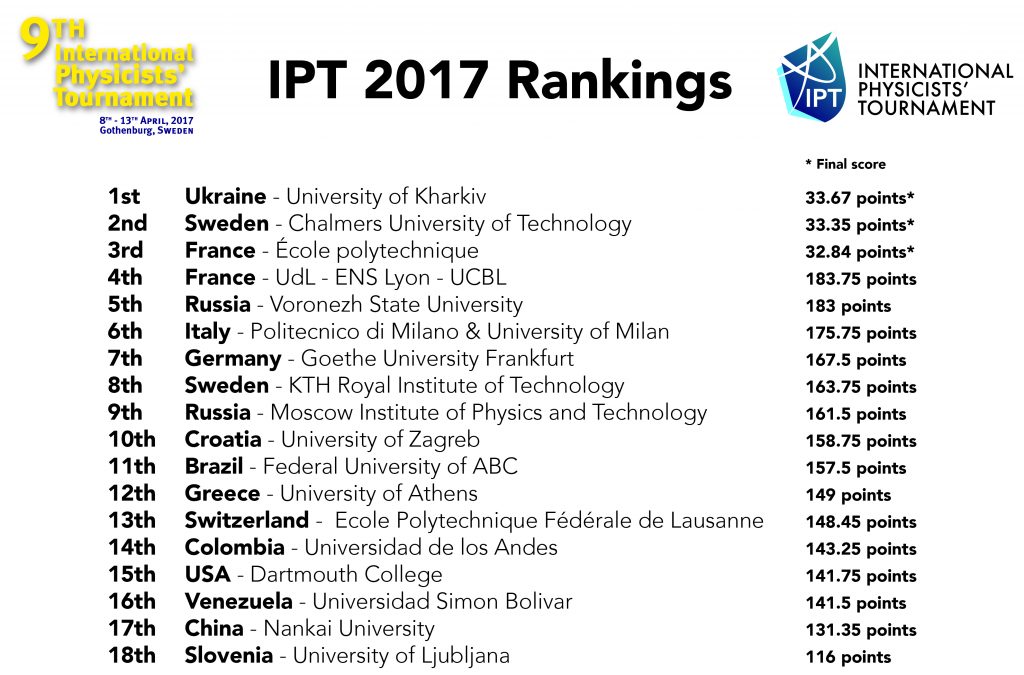 Results of the Final!
Tweets by @IPT_Official